THE LAUNCH OF NIGERIA PEACE BACK PROJECT 2021 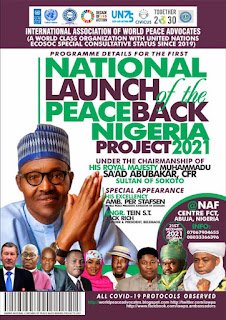 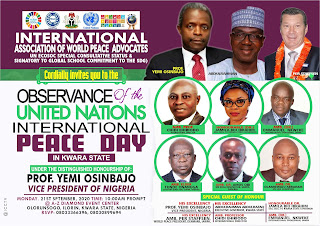 The international Association of World Peace Advocates held the 2020 Peace Day Celebration in Kwarar State, Nigeria. Below are the picturs.
Post a Comment
Read more 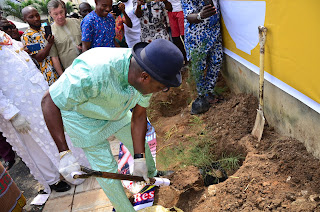 The 5000 Tree Planting was initiated by the Paramount Ruler of Rumuibekwe Community, River State, Nigeria shortly after when he was honoured as an Eminent Peace Ambassador by our association. The event was facilitated by Amb. Emmanuel Nkweke and moderated by Amb. Sam Ogoin. Below are the pictures.
3 comments
Read more 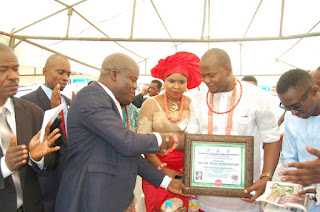 The Governor of Delta State in Nigeria with his entourage were in attendant to witness the celebration.
Post a Comment
Read more 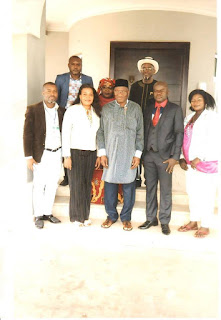 Attached is the picture of Amb. Emmanuel Nkweke and other Eminent Peace Ambassadors with the immediate past President of Nigeria. His Excellency, Dr. Goodluck Jonathan.
1 comment
Read more 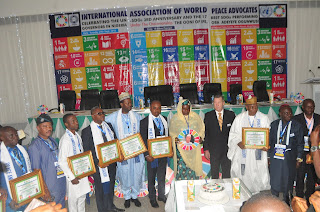 September 25th 2018 Celebration of the UN-SDGs in Abuja, Nigeria. 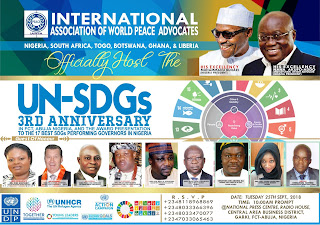 2018 September 25 th , Abuja the capital city of Nigeria went agog as the International Association of World Peace Advocates celebrated the United Nations Sustainable Development Goals 3 rd Anniversary. The ceremony witnessed great participation of people as prominent Nigerians including the Vice Chancellor of Ambrose Ali University was honoured with the Eminent Peace Ambassador Award. Meanwhile, the event also showcased the 17 Best Performing SDG Governors in Nigeria and the overall winner of the most 17 Best performing governor was declared to be the Katsina State governor, His Excellency, Alhaji Aminu Masari, the award of the SDG First Honour an extension of the event will be presented to him in Katsina State government house in the month of October by the world peace president from Denmark. Nevertheless, the cutting of the anniversary cake was conducted by the Permanent Secretary of the SDG Office and the representative of the governor of the Katsina on SDG. Other side events was
Post a Comment
Read more
More posts